In his speech Friday at the Cyber Summit at Stanford University, President Barak Obama named key pioneers behind the breakthrough innovations that catapulted us into the digital Information Age, leading with Hewlett and Packard, and Douglas Engelbart.

Watch this segment of Obama’s speech

Shortlink for this segment: http://bit.ly/1vsPpv7

Transcript of this segment follows (bolding added for emphasis):

More than any other nation on earth, the United States is positioned to lead in the 21st century. And so much of our economic competitiveness is tied to what brings me here today, and that is America’s leadership in the digital economy. It’s our ability, almost unique across the planet, our ability to innovate, and to learn, and to discover, and to create and build, and do business online, and stretch the boundaries of what’s possible. That’s what drives us. And so when we had to decide where to have this summit, the decision was easy, because so much of our information age began right here, at Stanford.
It was here where two students, Bill Hewlett and Dave Packard met, and in a garage not far from here eventually built one of the first personal computers, weighing in at 40 lbs.
It was from here in 1968 where researcher Douglas Engelbart astonished an audience with two computers connected online, and hypertext you could click on with something called a mouse. A year later a computer here received the first message from another computer 350 miles away, the beginnings of what would eventually become the Internet.
And by the way it’s no secret that many of these innovations built on government funded research is one of the reasons if we want to maintain our economic leadership in the world, America has to keep investing in basic research in science and technology. It’s absolutely critical.

Check out Engelbart’s 1968 demonstration of hypertext and the mouse

Check out Engelbart’s essential pioneering firsts at a glance 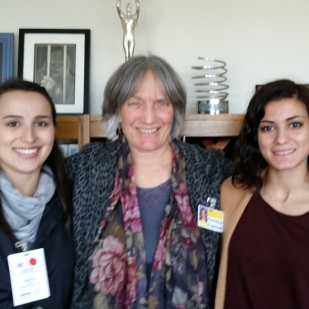 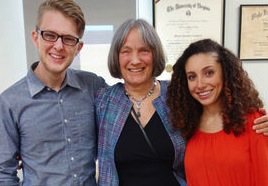 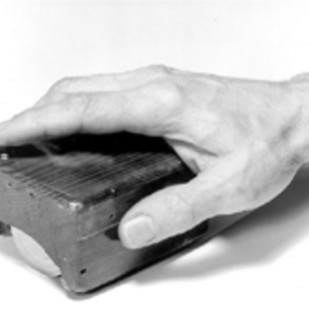